The sun has been welcomed and crops are rapidly growing in South Central Nebraska!  Corn right now is between V6-V8 (6-8 leaf) for the most part.  Quite a few farmers were side-dressing and 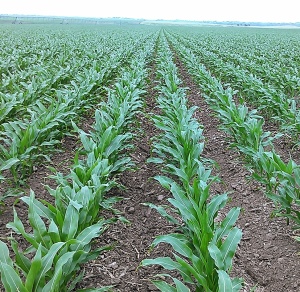 hilling corn the past two weeks.  It never fails that corn looks a little stressed after this as moisture is released from the soil and roots aren’t quite down to deeper moisture.

Installing watermark sensors for irrigation scheduling, we’re finding good moisture to 3 feet in all fields in the area.  The driest fields are those which were converted from pasture last year and we want to be watching the third foot especially in those fields.  Pivots are running in some fields because corn looks stressed, but there’s plenty of moisture in the soil based on the watermark sensor readings I’m receiving for the entire area.  So we would recommend to allow your crops to continue to root down to uptake deeper moisture and nitrogen.

The last few weeks we observed many patterns from fertilizer applications in fields but as corn and root systems are developing, they are growing out of it.  We’ve also observed some rapid growth syndrome in plants.  This can result from the quick transition we had from cooler temperatures to warmer temperatures, which leads to rapid leaf growth faster than they can emerge from the whorl.  Plants may have some twisted whorls and/or lighter discoloration of these 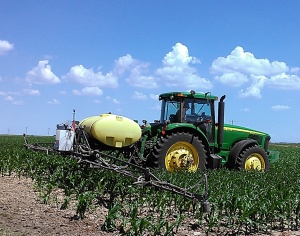 leaves, but they will green up upon unfurling and receiving sunlight.  This shouldn’t affect yield.

Damping off has been a problem in areas where we had water ponded or saturated conditions for periods of time.  We’ve also observed some uneven emergence in various fields from potentially a combination of factors including some cold shock to germinating seedlings.

We began applying sugar to our on-farm research sugar vs. check studies in corn.  We will continue to monitor disease and insect pressure in these plots and determine percent stalk rot and yield at the end of the season.

Leaf and stripe rust can be observed in wheat fields in the area and wheat is beginning to turn.  We had some problems with wheat streak mosaic virus in the area again affecting producers’ neighboring fields when volunteer wheat wasn’t killed last fall.  Alfalfa is beginning to regrow after first cutting and we’re encouraging producers to look for alfalfa weevils.  All our crops could really use a nice slow rain right now! 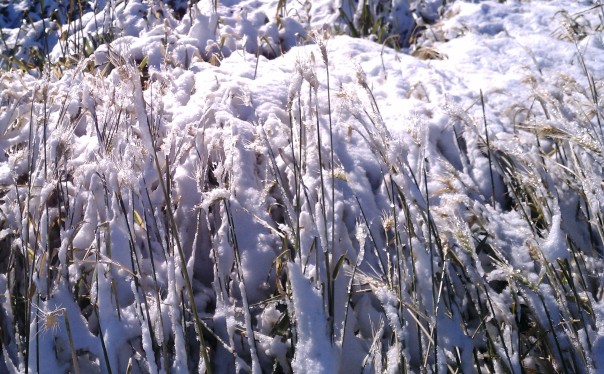 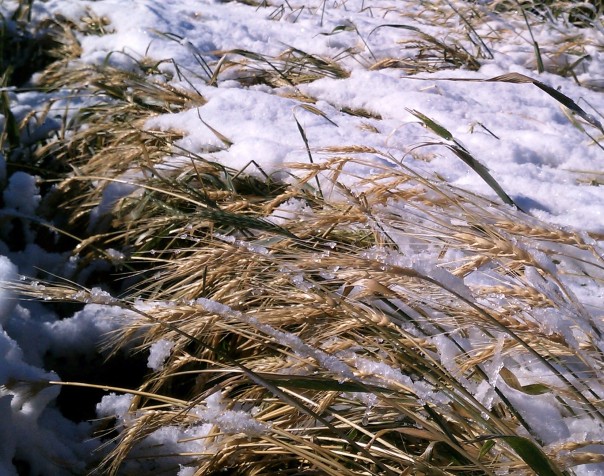 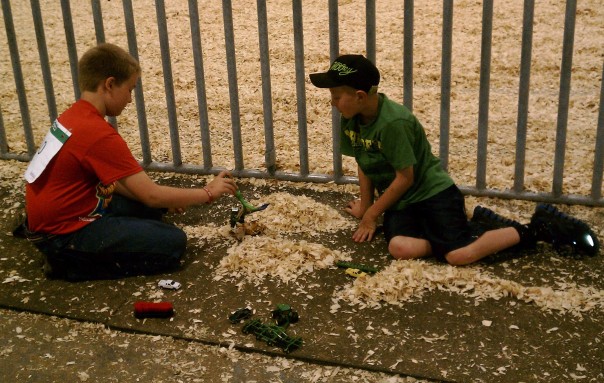 Southern vs. Common Rust in #Corn

Thayer, and Burt counties in Nebraska.  Most farmers in south-central Nebraska remember the corn season in 2006 walking out of fields orange and the slow harvest due to downed stalks.  Since then, southern rust has been a disease of concern and fungicides are used to prevent and also treat it when it’s found in fields.

I promised when we were first discovering southern rust this year that I’d post pics, so while delayed, here they are!  It is often confused with common rust which we see earlier every year.  Common rust typically has pustules (raised fungal spores) that are brick red in color, larger, and on the upper and lower leaf 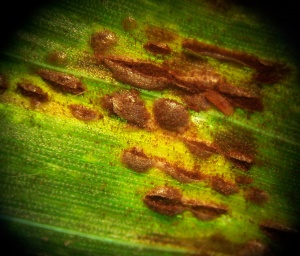 surfaces.  The pustules tend to be more spread out.

Southern rust typically has very small pustules that are clustered on predominately the upper leaf surface and are tan to orange in color.  This year, southern rust pustules tend to be more tan in color than orange but are still distinctively different with their smaller and clustered appearance.  Both fungal rust pathogens arrive in Nebraska each year via wind from the south.  Southern rust prefers warm, moist conditions which, in spite of our dry spell, is typical within our pivot and gravity-irrigated fields in the area.  At this time we are recommending if you find southern rust in your field to consider treating with a fungicide.  Please be sure to read and follow all label directions including paying attention to pre-harvest intervals.  A list of corn fungicides and efficacy can be found here by scrolling down to the corn section.

Additional information and pictures of these diseases can be found here. 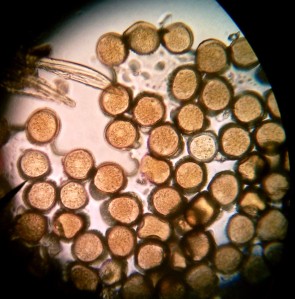 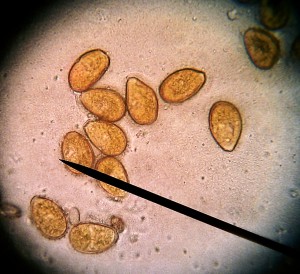 While every growing season is unique and there’s an element of risk involved, this year seems to take the cake. 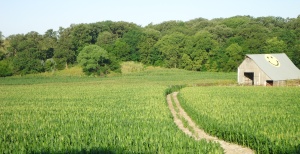 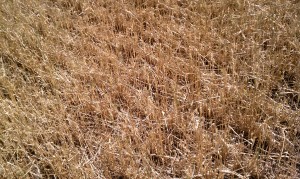 Drought conditions have affected much of Nebraska.  In our area in south-central Nebraska particularly in our southern tier of counties, we’re seeing brown pastures and alfalfa that stopped growing.  Wheat was harvested nearly a month early and yields range from 0-50 bu/acre depending on if it was hit by the hail storm Memorial Day weekend which totaled it out.

I’m unsure how many planting dates we currently have in Clay County!  The spring planting season went so well with corn and many beans being planted in April.  Soybeans planted in April that haven’t received hail are forming a nice canopy.  Corn that hasn’t received  hail should be tasseling by beginning of July.  One Clay Co. field planted in March was only 3 leaves from tasseling when I took this picture this week and looks great (it’s probably 2 leaves by now!). 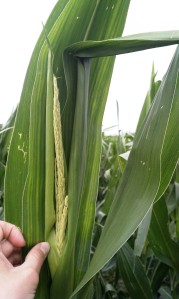 Adding another picture from a farmer friend Bob Huttes near Sprague, NE showing his field currently tasseled out and love the smiley face barn 🙂

But then there’s the hail damaged fields.  The hail pattern has been fairly similar all year for this area of the State with some producers receiving four consecutive hail events on their fields.  Every week of May was spent helping our producers determine replant decisions, particularly for soybeans…leaving irrigated stands of 85K and dryland stands of 60-65K when beans were smaller before stem bruising was so severe later.  We would leave a stand one week and end up needed to replant after the hail hit again the following week.  Some farmers got through the first two hail storms but the Memorial Day weekend storm did them in.  I never saw hail like where ground zero of this storm occurred.  After replanting after that weekend, they received yet another hail storm last week with the wonderful, much needed deluge of rain we received in the county.  My heart hurts for these farmers yet for the most part they have good attitudes and are making the most of it.  That’s the way farming is…lots of risk, thus an abundance of faith and prayer is necessary too.  One farmer I talked to has had hail on his house seven times this year (including prior to planting).

Pivots have also been running like crazy prior to the rain last Thursday night where we received 3.30-4.40 inches in the county.  Installing watermark sensors for irrigation scheduling, we were able to show the farmers that there was truly moisture deeper in the soil profile and attempted to convince them to hold off.  It’s a hard thing to hold off on

water when the neighbors are irrigating, but several farmers who didn’t irrigate told me they were able to let the rain soak in and their plants 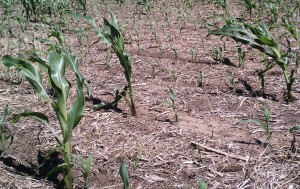 weren’t leaning after that rain because the ground wasn’t saturated prior to the rain event.

April 1st, while typically a day of pranks and jokes, has one obvious truth.  Spring has arrived in full force with flowering plants at least 2-3 weeks earlier than normal.  I couldn’t believe that my lilacs, which typically bloom around mid-May were blooming for the first time today!  I planted many of the bulbs and shrubs last fall and have been rewarded with beauty, color, and lovely smells via God’s creation this spring; enjoy the pics! 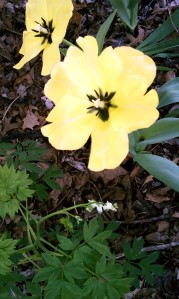 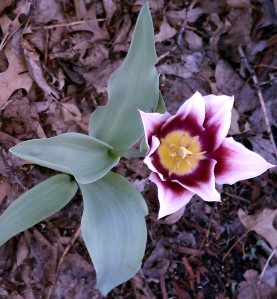 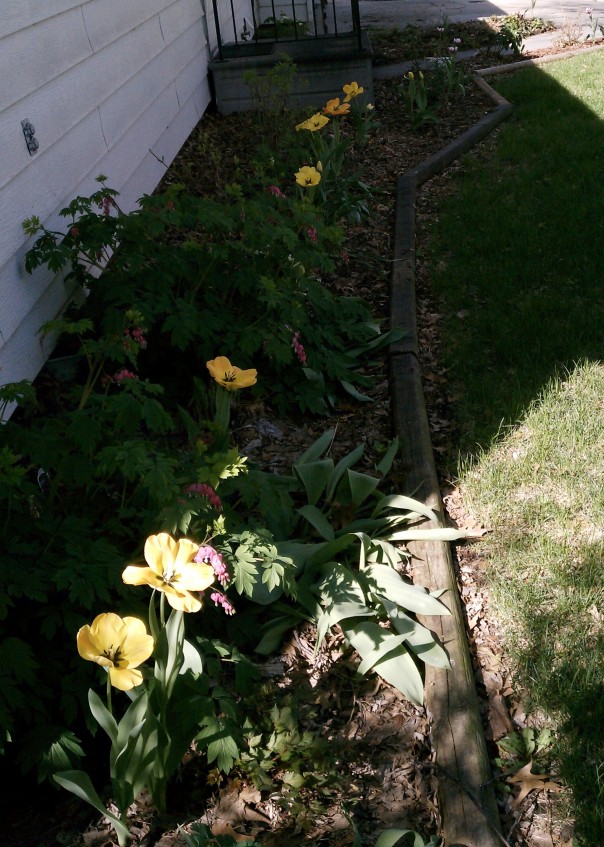 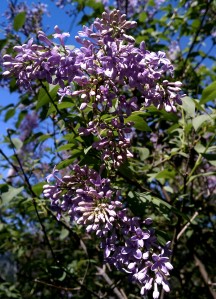 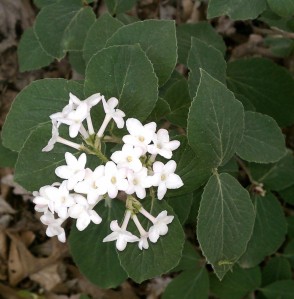 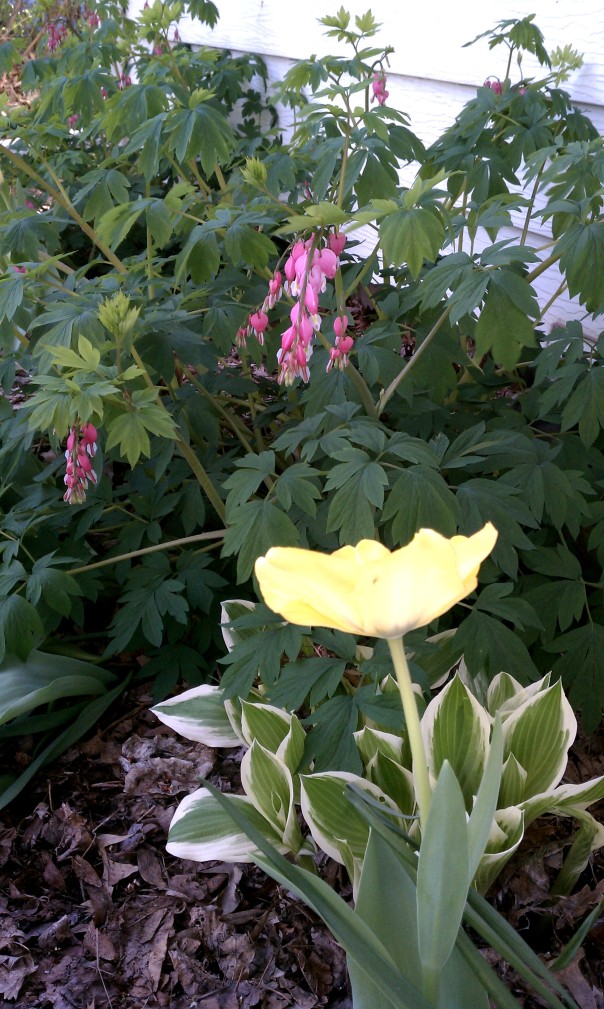 Happy Belated Spring!  I meant to get this posted earlier this week but just didn’t get it done.  I love living in Nebraska and 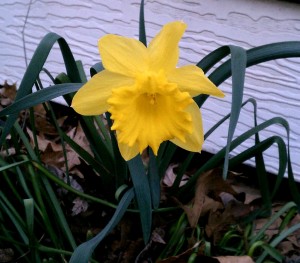 being able to observe God’s creation via the changes in seasons!  Spring and Fall are probably my favorite, but there’s beauty in all of them.  Everything is 2-3 weeks early this year so will be interesting to see if we end up with March going out like a lion or if we end up with an Easter freeze like we did a few years ago.  While it wasn’t a bad winter, I always enjoy seeing new life and green in the springtime!

Grass greening up in front lawn.  Sending this pic out to my husband who has seen grass very little in 9.5 months in Afghanistan!  Will look forward to you helping me mow when you return! : ) 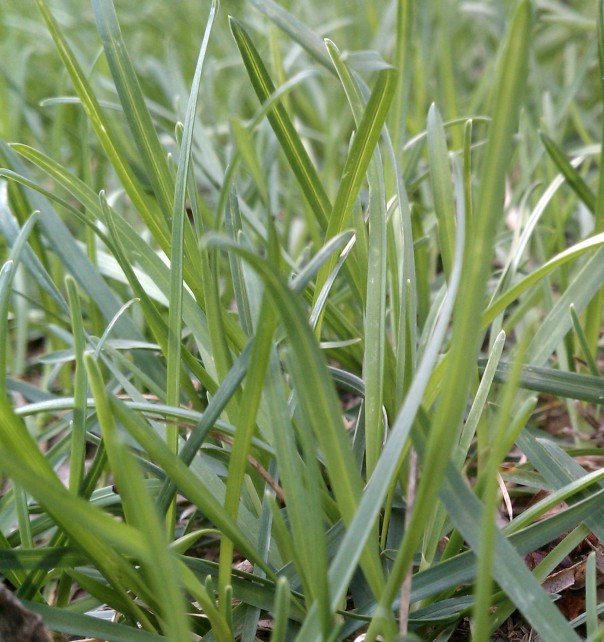 My favorite tree is the magnolia and someday I hope to have one!  I always enjoy going to UNL East Campus in the spring and seeing the magnolias in bloom.  However, I was surprised how quickly they bloomed this year and that they were already loosing their blossoms! 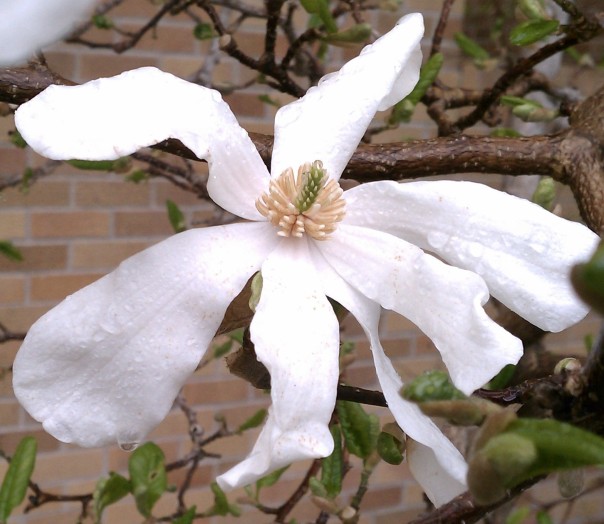 Through the leaf mulch even my iris and daylillies are emerging.  I haven’t removed mulch yet in the event we end up with a cold snap.  It’s still early, though tempting! 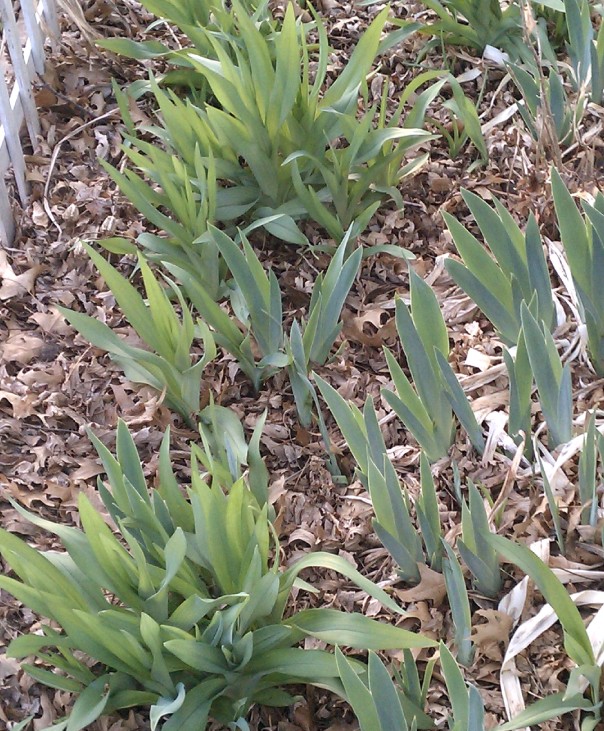 Great resources from UNL regarding horticulture and turf:  http://byf.unl.edu/ and http://turf.unl.edu/.

Beauty after the Snow Storm

Here are some pics I took during our snowstorm last Saturday and the beauty in it with the sun shining on Sunday.  While snow has started melting, cold temperatures are still keeping branches of trees and shrubs heavy.  If you can, carefully take a broom and knock off the snow on bushes and shrubs to help prevent branch breakage but don’t remove the snow from around the shrubs.  Elizabeth Killinger, UNL Extension Educator in Hall County and horticulture expert, speaks about winter tree care in this post. 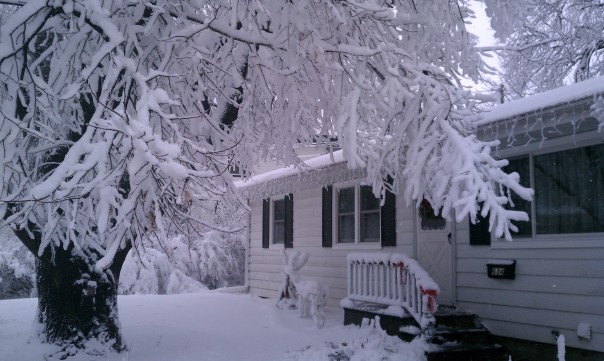 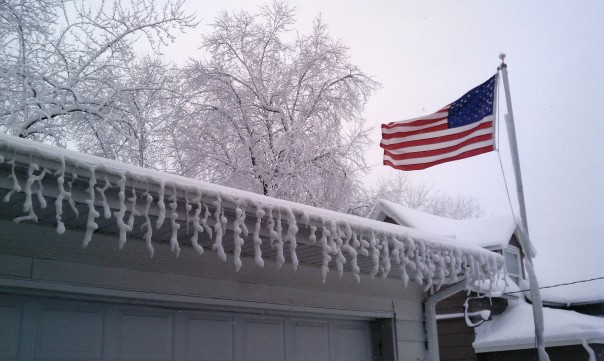 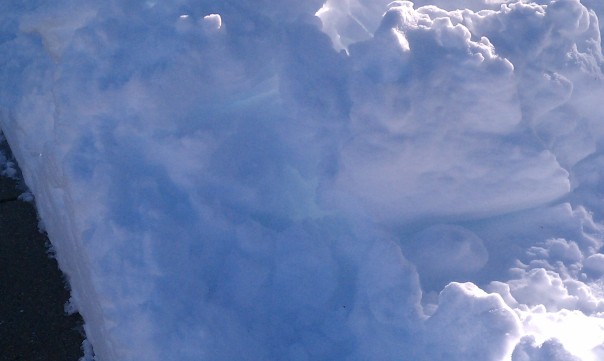 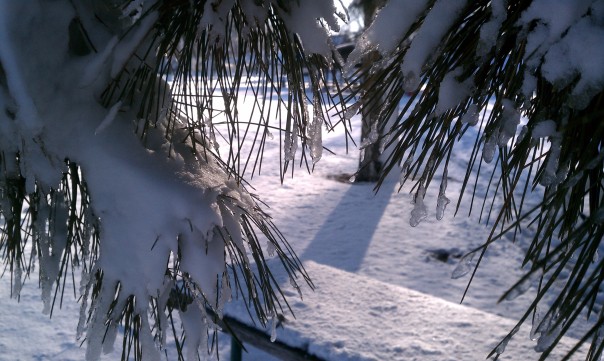