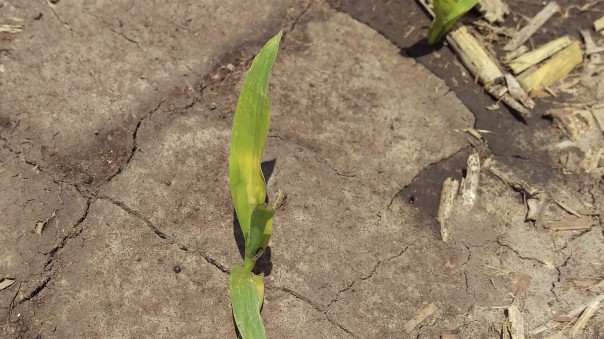 Yellow banding can be seen on corn plants from the cold temperatures at various times of the plant’s growth. Some have been packed with mud from rains or have wind-whipped leaves. I’m also seeing some evidence of seedling diseases caused most likely by Pythium sp. in portions of fields with excess moisture. 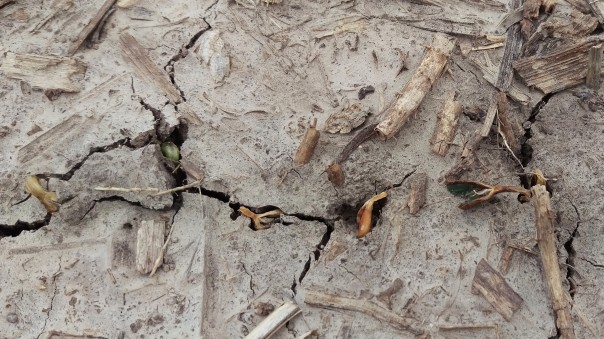 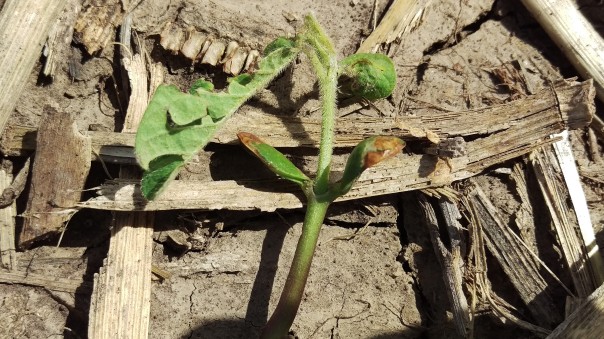 The symptoms on this soybean plant with the ‘halo’ effect on cotyledons is typical of what we see with ILeVO seed treatments. The effects will be on the cotyledon but not on the unifoliate leaves or above. 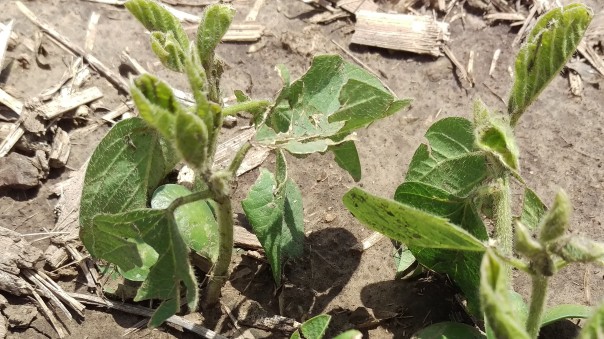 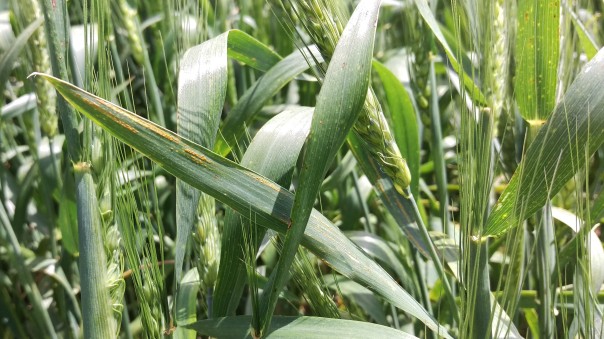 Wheat is in various stages of pollination to beginning filling. Stripe rust and leaf rust continue to spread on leaves but wheat is past the point of fungicide application if it is over 50% pollinated. 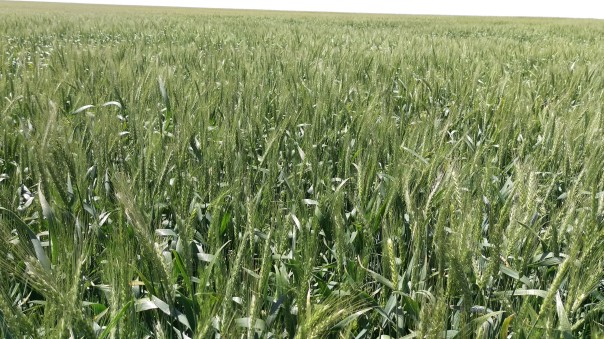 Really pretty wheat field I’ve been watching this year. Very even growth and low incidence and severity of rust in this more resistant wheat variety.